You might be surprised to find that average rental rates in the city of New Orleans are actually dropping, moving from $1841 per month in August 2014 to $1698 per month as of August 2016. At the same time, West Bank rental rates have continued to rise, even though it’s by just a small amount.

Demand, of course, is a strong factor in how high the rents are in any community, so we decided to break down 2016 rentals by MLS areas (see the map below) 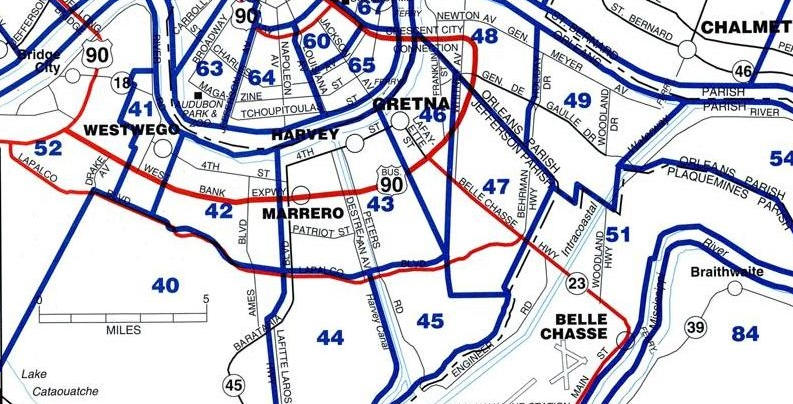 Most expensive community: Algiers/English Turn area, with an average rental rate of $3,429 per month.

**Note that Belle Chasse is not far behind, with average rates of more than $2,700 per month, mostly driven by access to their public school system and to NAS JRB

Least expensive community: Westwego, with an average rental rate of $895 per month 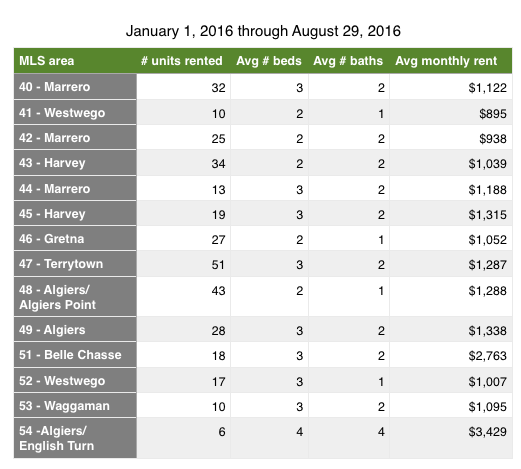 Remember, these are just averages. There are certainly units priced both higher and lower than these numbers in each neighborhood, but it’s a good idea for tenants (and investors/landlords) to see where prices are going.

New Orleans Real Estate | Disrupting the Industry
Don’t Be Offended When Your Agent Asks You Questions
A Sunday Surprise on the West Bank: Taking The Road Less Traveled to Nine Mile Point Nursery

Disclaimer: Multiple Listing Data provided at CrescentCityLiving.com is deemed reliable but not guaranteed. It is good practice to verify all information with a Real Estate Licensee before taking any action based upon this data. Listing data is made available for the use of consumers interested in the acquisition of real property only. Use of this data for any other purpose is strictly forbidden without the written consent of the Gulf South Real Estate Information Network.

NOT SURE WHERE TO START YOUR SEARCH?

Give our Neighborhood Quiz a try!